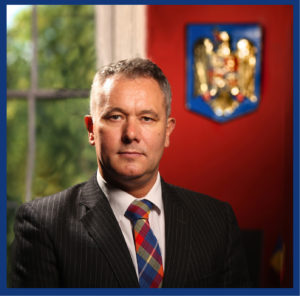 Director of the Romanian Development Group

I was born in the UK and now have a serious connection with Romania. I own and run a property portfolio in the UK and I am the Director of the Romanian Development Group, an organisation originally created within the Edinburgh Chamber of Commerce with the kind support of the Romanian Embassy Consular Office in Edinburgh. It is now run by TUSKITE a Division of Armand Taylor and company Limited. The purpose of the organisation is to assist and build bilateral trade and investment between Romania and Scotland and to create better cultural and social understanding and cooperation between our two Nations.